Here you will find up to date news and information about my writing including excerpts from my novel, poetry, articles and reveiws.

Sometimes the seed of a thought is dropped onto the most barren of ground and yet it takes root. And to spite the desolation the roots of the thought sprout and push through even the hardest of barriers. And where love seems lost and depressed by the environment the seed will take its nurturing from mere memory.
For those who know isolation in everyday living the seed is a beautiful thing. A thing to be nurtured and to grow. For those who know isolation this seed is the final show of love.
It is difficult to understand a loved ones choice to end their own life but the act of it may be the last wish and a final show of strength when they feel at their weakest. This poem is written for my friends Norman and Donna and for others who made their exit by the nurturing of a final planted thought.
It also tells the reader that touch is a more powerful gift than we can ever imagine as it has the power to end the despair of yearning. 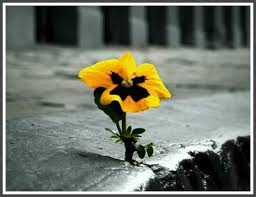 He yearned for death
The same way he had once yearned for his first kiss,
Building up, knowing but not knowing what may come.
It was his only desire.
Death had become the first, last, and only ache.
Death had become the only thing remaining on that life time list
of things to do before death.
It was no longer enough to anticipate,
Like yearning for the first kiss,
The flirtation, the brief glances, the tender touch.
The build up to the experience he was longing for.
The tender freeing touch.
It was no longer enough, it was time.
It was time.
It was time.
He yearned for death.